RCOM ...It must fall ..technically weak stock and technical indicators speak the reality

Doji
Doji lines are patterns with the same open and close price. There are four special types of Doji lines.
The Long-legged Doji has a long upper and lower shadows with the price in the middle of the range. It indicates indecision of traders.
The Dragonfly Doji has a long lower shadow and no upper shadow. It is a good indication of bearish trend reversal.
Gravestone Doji line has a long upper shadow and no lower shadow. It is a good indication of bullish trend reversal.
Four Price Doji's all prices: open, high, low and close are the same for a trading day. It's a very unique line indicating the indecision of the traders, or very quiet market.

Reflected by upper bollinger band ...When price is trading near the upper or lower Bollinger band line, there is a possibility of trend reversal. 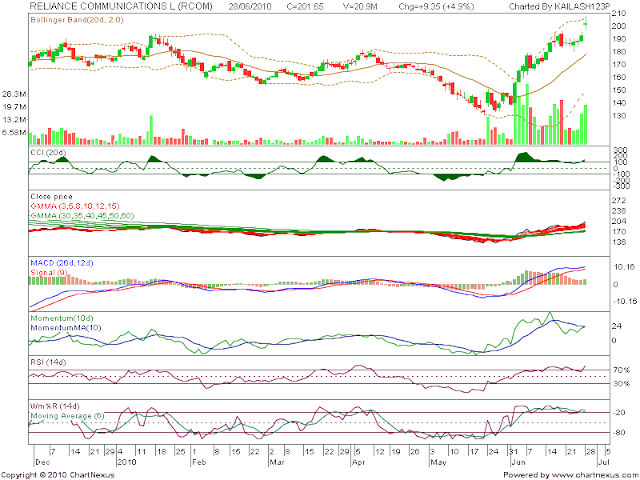 Posted by kailash chaturvedi at 7:48 PM