Dow down by 1.48 %
Brazil’s currency dropped Tuesday after the government ramped up efforts to curb the currency’s appreciation by hiking a tax on certain investments for the second time this month.
http://www.marketwatch.com/story/brazils-real-falls-as-government-hikes-tax-2010-10-19?siteid=yhoof
U.S. stocks posted their biggest loss in two months on Tuesday on fears banks might be on the hook for billions of dollars in souring mortgage bonds.
http://finance.yahoo.com/news/Wall-St-drops-as-mortgage-rb-3831447247.html?x=0&.v=16 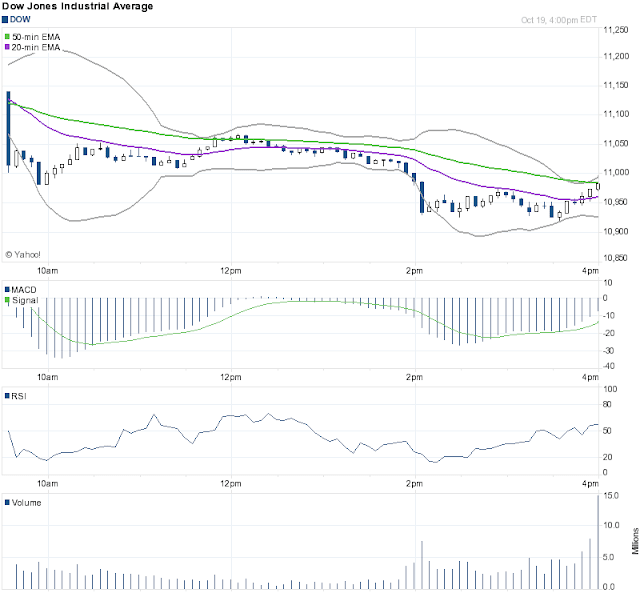