U.S. stocks advanced on Monday as stronger-than-expected profit from Citigroup helped financial shares shake off worries that the foreclosure mess could threaten the stability of the housing market.
Apple Inc (AAPL.O), which hit an all-time high during the regular session, disappointed investors after reporting gross margins and iPad shipments. Its shares skidded 5 percent in after-hours trading while stock index futures fell, suggesting a weak market opening on Tuesday. For details, see [ID:nN18288374].
Shares in IBM also fell after the closing bell, losing 3.5 percent to $137.84. The stock had reached a 52-week high during the regular session. International Business Machines Corp (IBM.N) reported a higher-than-expected profit and raised its outlook for the full year, but the shares fell on sluggish sales of technology services. [ID:nN18152165].
"Both stocks have kind of gone parabolic into the earnings," said Nick Kalivas, an analyst at MF Global in Chicago. "My fear is we're going to get a buy the rumor, sell the fact trade."
http://www.reuters.com/article/idCAN1828686020101018?rpc=44 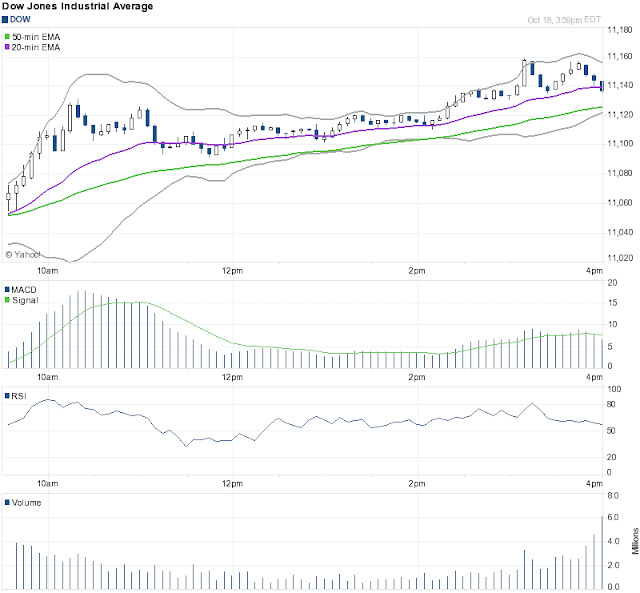