U.S. stocks ended little changed on Thursday as cautious investors pulled back before expected upheaval from next week's elections and a likely announcement of more stimulus from the Federal Reserve.
Next week could bring significant shifts in both monetary policy and legislative direction, leading investors to largely disregard earnings and economic reports.
A notable exception was manufacturer 3M Co (NYSE:MMM -News), which dropped 5.9 percent to $85.07 and pulled the Dow lower after it trimmed its outlook due to costs from recent acquisitions.
"Perhaps this is going to be a 'buy the rumor, sell the news' kind of deal where we have had the rally in anticipation of all these things," said Phil Orlando, chief equity market strategist at Federated Investors, referring to the Fed and Tuesday's elections.
"Now that we are about to cross the threshold, maybe we are getting a little toppy here and we need to consolidate some of those gains."
A look at broad market exchange-traded funds suggested investors were becoming more cautious. Premiums for November out-of-the-money puts outweighed equally spaced call contracts for most instruments.
http://finance.yahoo.com/news/Wall-Street-stalls-ahead-of-rb-3872578935.html?x=0&.v=18 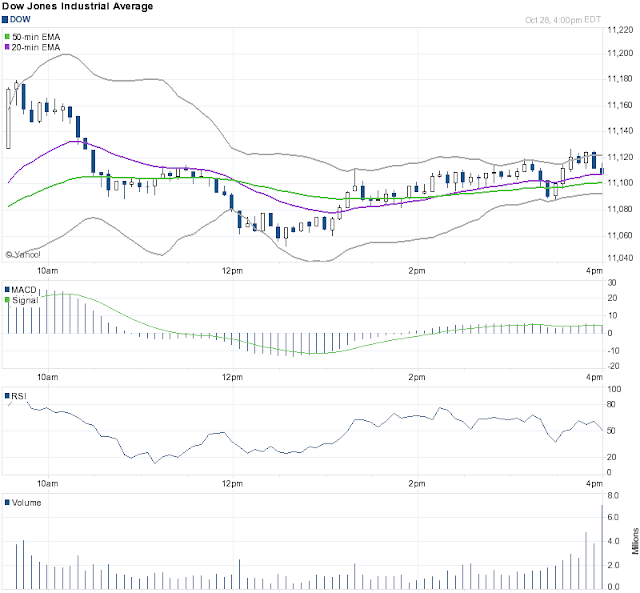