U.S. stocks edged up on Thursday, with the benchmark S&P 500 closing at a two-year high, a trend investors expect to continue through the rest of the year.
"A lot of traders thought the market would have a little bigger bump" after breaking a key technical level of 1,228 on the S&P, said Alan Valdes, director of floor trading for DME Securities in New York.
"What we have seen today is trading in a small band. They take it up to 1228 (but) they are not really going through it big time and we are seeing some profit-taking going on."
Investors loaded up on bank stocks, which have risen 12.4 percent for the month. Late in the year, winning positions often attract buyers seeking to improve fund performance in a practice known as window dressing. The KBW Bank Index (Philadelphia:^BKX -News) gained 2.2 percent, boosted by a 5.4 percent rise in Bank of America Corp (NYSE:BAC - News) to $12.65.
The Nasdaq finished higher for the seventh straight day and closed at its highest level since December 2007, paced by a 6.8 percent jump in Teva Pharmaceutical Industries (NasdaqGS:TEVA - News) to
$52.63 after the drugmaker said it expects its experimental multiple sclerosis pill will win U.S. approval within two years after a clinical trial met its main goal.
http://finance.yahoo.com/news/Banks-lead-Wall-St-higher-rb-886776859.html?x=0&.v=17 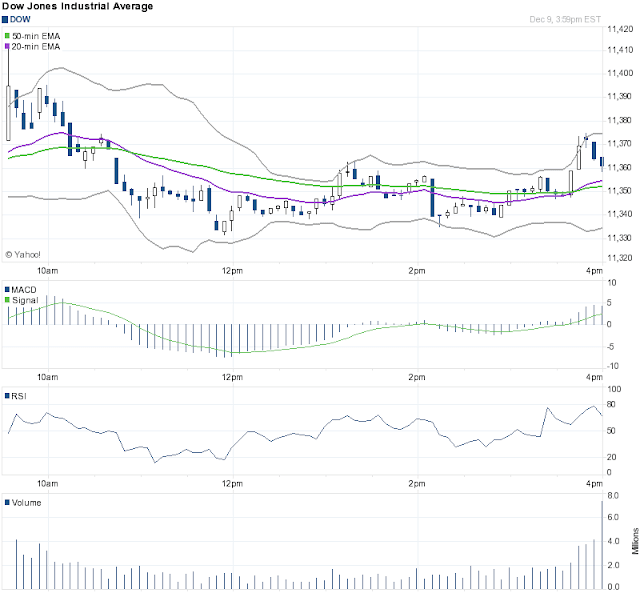