The Nasdaq closed lower to end eight straight days of gains on Monday as some large-cap tech stocks slid in a late-day sell-off.
The Dow cut its gains and the S&P 500 ended a thinly traded session flat as optimism faded over China's move to tame its growth, and as some technical indicators suggested a near-term pullback could be in the cards.
About 7.32 billion shares traded on the New York Stock Exchange, the American Stock Exchange and the Nasdaq, well below the year's daily average of 8.62 billion.
Stocks earlier had risen as optimism China would not aggressively head off growth boosted energy and materials stocks.
Companies that sell oil, like Chevron Corp (NYSE:CVX - News), and those that make mining equipment, like Caterpillar Inc (NYSE:CAT - News), drove the Dow higher. At the close, both Caterpillar and Chevron were up 1.5 percent or more. The PHLX oil service index (Philadelphia:^OSX - News) rose 1.3 percent.
Investors had feared China would raise interest rates to slow growth, but instead it merely increased the amount of extra capital top banks must hold, a less severe move by the world's second-largest economy.
"Even though (China) isn't fueling us 100 percent, if it was to tighten, that would mean less strength in a weak recovery here," said Jeffrey Friedman, senior market strategist at Lind-Waldock in Chicago.
http://finance.yahoo.com/news/Nasdaq-slips-after-rally-as-rb-4085740291.html?x=0&.v=11 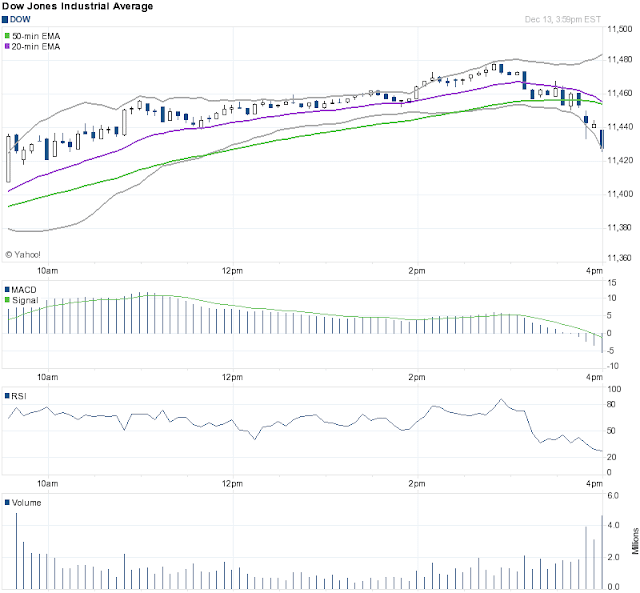