The Dow Jones Industrial Average closed at its highest level since September 2008, lifted by better than expected retail sales in November, but a dim view of the pace of the economy's recovery from the Federal Reserve led stocks to pare gains in the final hour of trading.


The Federal Open Market Committee issued the policy statement for its final meeting of 2010 at 2:15 pm ET and the Dow reached its best level of the session shortly after, peaking at 11,514, before beginning to fall back as the dollar strengthened.
The Fed left rates unchanged and said it plans to continue its bond-buying program but it also made the point that the recovery hasn't been enough to make a dent in the unemployment rate.
http://www.thestreet.com/_yahoo/story/10946417/1/stock-market-story-dec-14.html?cm_ven=YAHOO&cm_cat=FREE&cm_ite=NA 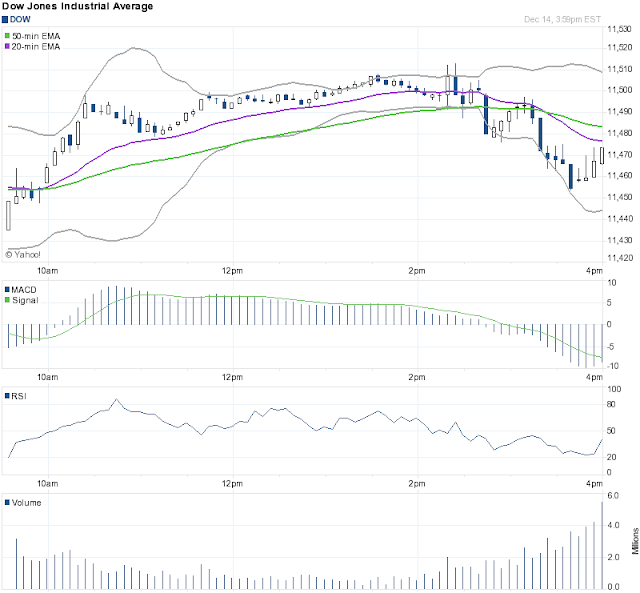