U.S. stocks ended mixed in post-holiday trading Monday, with American International Group Inc. lifting financials, while the Dow Jones Industrial Average continued its retreat from a 26-month high.
“It’s a holiday environment; you’ve got the juniors on the trading desks,” said Jeffrey Saut, a strategist at Raymond James & Associates Inc.
Under such circumstances, “you get the big stall, which is what we’ve getting,” he added.
The Chinese move “took some people by surprise,” according to Saut, who theorized that it may be more than an attempt to cool the economy, as well as an attempt to raise the value of China’s currency
http://www.marketwatch.com/story/stocks-open-lower-after-chinas-rate-hike-2010-12-27?siteid=yhoof 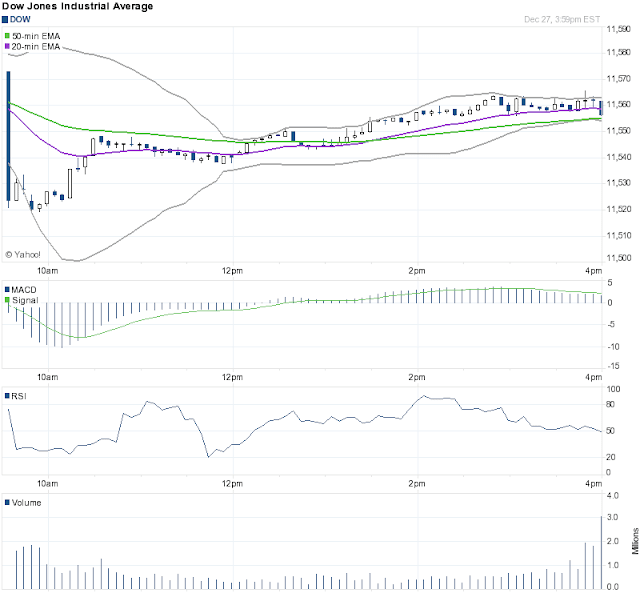