Stocks slipped on profit-taking amid thin volumes Thursday. With one trading day left in the year, all three major U.S. equity indices are on track for double-digit percentage gains for 2010.


Volume has been sparse during the final trading week of the year as firms work to close their books for 2010. Thursday's session was no exception with only 507 million shares trading on the New York Stock Exchange and 1.1 billion shares changing hands on the Nasdaq.
Mild profit-taking took hold in Thursday's action as traders locked in gains from December impressive rally. The Dow has appreciated roughly 11% this year with 5.3% of that rise coming this month. The S&P 500 is on pace for a 2010 gain of 13%, while the Nasdaq Composite has risen roughly 18% year-to-date, and both have seen similar surges in December.
Advancing stocks outnumbered decliners as 55% of stocks traded in positive territory and 42% slipped below the flatline. Conglomerates were under the most pressure, while home builders got a lift from a positive read on pending home sales.
http://www.thestreet.com/_yahoo/story/10957398/1/stock-market-story-dec-30.html?cm_ven=YAHOO&cm_cat=FREE&cm_ite=NA 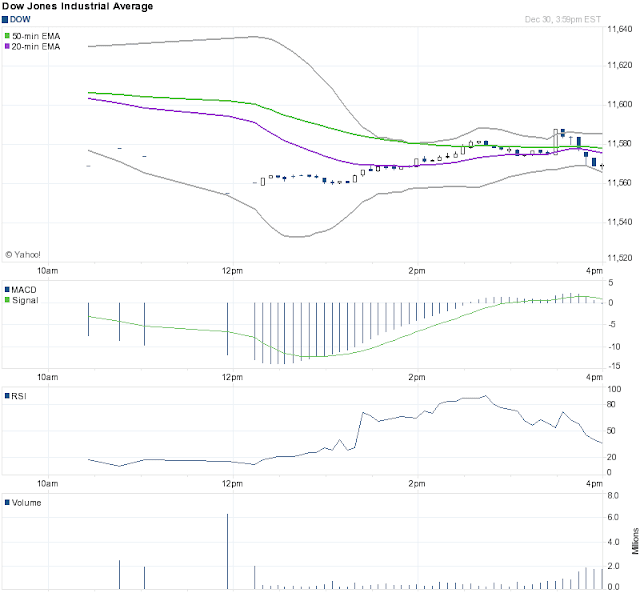