U.S. stocks suffered a third straight late-day sell-off on Wednesday, suggesting it may be difficult to chalk further gains as the year comes to a close.
After hitting two-year highs this week, a sustained rise in Treasury yields has sparked worry that rising borrowing costs could stifle the recovery. Banks, heavily dependent on loan demand, faded and ended lower for a third straight day. The sense among investors is that the market, after rising almost 11 percent so far in 2010, has run its course for the year.
"There are signs that the market is making a top at these levels, and people are starting to take profits," said King Lip, chief investment officer at Baker Avenue Asset Management in San Francisco. "Because the trading volume is low, I think this is temporary; the rally probably still has room to go."
Major averages and stocks that have led the rally have exhibited a familiar pattern in recent days, spiking early and succumbing to selling late as investors see stocks hitting resistance.
http://finance.yahoo.com/news/Wall-St-slips-in-another-late-rb-2863962039.html?x=0&.v=15 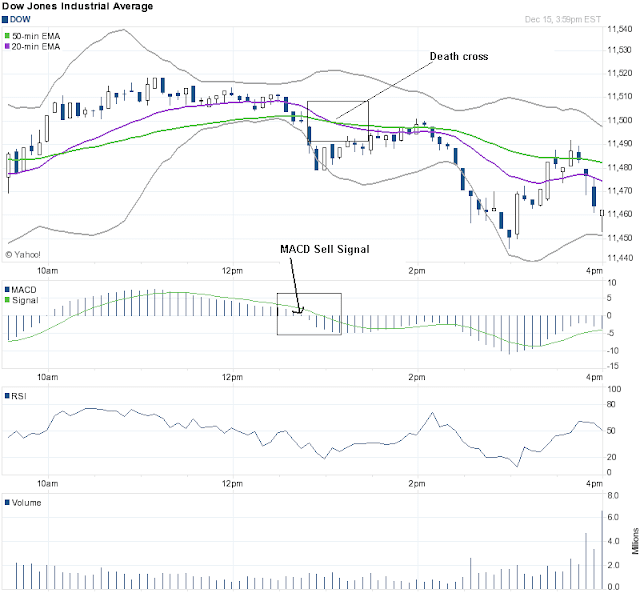 Posted by kailash chaturvedi at 6:22 AM