The S&P 500 ended a seventh straight week of gains with a banks-led rally amid healthy volume after encouraging financial results from JPMorgan.
Strength in financial stocks helped offset economic reports that showed soft December retail sales and consumer sentiment dented by rising gasoline prices. The market's resilience will be tested next week when a number of banks report results.
"On balance, with supporting prices and in spite of mixed economic data, there is expectation of a strong earnings season," said Jim Awad, managing director at Zephyr Management in New York.
For the week, the Dow ended up 1 percent, the S&P 500 1.7 percent higher and the Nasdaq composite up 1.9 percent. U.S. financial markets will be closed on Monday for Martin Luther King Jr. Day.
Schlitz said the seven weeks of gains on the S&P are a warning sign for declines, which are historically not uncommon in the second half of January. The last time the benchmark rose eight or more weeks in a row was a nine-week run between November 2003 and January 2004.
The S&P Midcap 400 index broke its all-time closing record, rising 0.7 percent to 931.07. The index includes companies with market capitalizations of about $750 million to $3.3 billion.
Higher gasoline prices helped push December consumer prices up at the fastest pace in a year and a half. The high gas price also weighed on consumer sentiment in early January, according to a Reuters/University of Michigan survey.
At $3.09 a gallon, gasoline is the highest since October 2008. Consumer spending noticeably slowed in 2008 as gasoline prices spiked.
http://finance.yahoo.com/news/Banks-lead-SP-500-to-seventh-rb-100464226.html?x=0 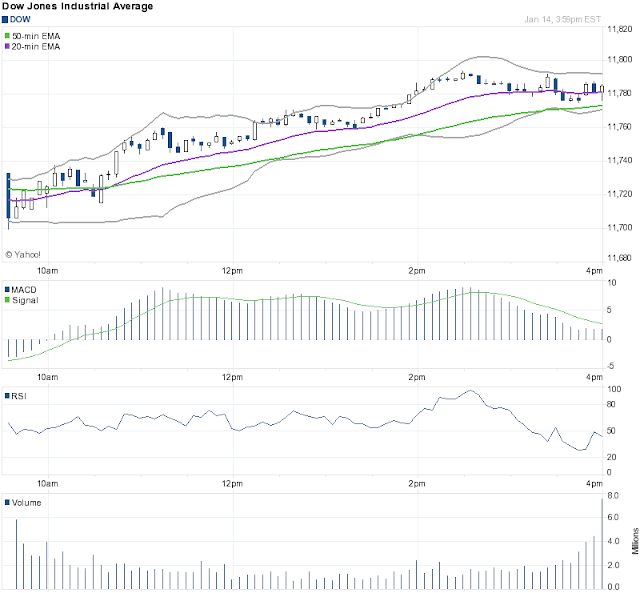