In the lightest volume session of the year, U.S. stocks fell on Monday after a lowered outlook from Kimberly-Clark increased concerns about higher commodity costs squeezing profits in coming quarters.
About 5.4 billion shares traded on the New York Stock Exchange, the American Stock Exchange and Nasdaq, below the daily average of 7.74 billion.
"That is going to be the next thing that happens -- the forward guidance is going to start to become impacted because of higher prices," said Ken Polcari, managing director of ICAP Equities in New York.
"This non-existent inflation that (the Federal Reserve) keeps talking about is elusive, because there clearly is much more inflation than they care to admit at the moment."
Regarding expectations for this week's batch of energy companies' earnings, Polcari added: "They are all projected to be better because of high oil prices and all that stuff -- great for them, but not good for anyone else."
The week's agenda includes a two-day meeting of the U.S. Federal Reserve's policymaking committee on Tuesday and Wednesday. Fed Chairman Ben Bernanke will hold the first of four annual press conferences on Wednesday after the Federal Open Market Committee's meeting ends.
Investors will look for clues about the direction of monetary policy when the Fed's bond buying program ends in June.
http://finance.yahoo.com/news/Inflation-jitters-interrupt-rb-689383968.html?x=0&.v=15 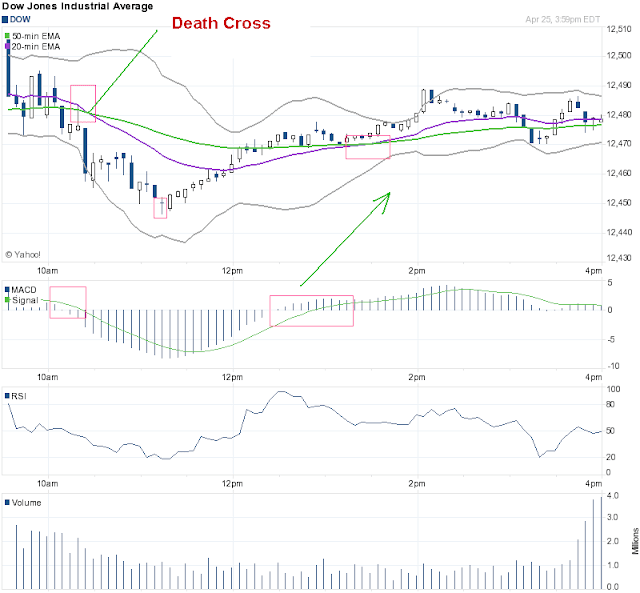 Posted by kailash chaturvedi at 7:35 AM