Wall Street slipped on Thursday after a major aftershock in Japan reignited fears about its nuclear power crisis, but greater faith in the U.S. economy's steady path held losses in check.
A rise in retail stocks after better-than-expected March chain-store sales limited broader market declines as the data added to evidence of a sustained economic recovery.
Investors sought protection against further market declines following the magnitude 7.4 aftershock in Japan, but a move to safer assets did not materialize.
"It made people think that this is an ongoing crisis that could further hurt stocks, but one thing we didn't see is the flight to safety," said John Canally, economist at LPL Financial in Boston, Massachusetts.
http://finance.yahoo.com/news/Wall-Street-dips-on-Japan-rb-326223930.html?x=0&.v=16 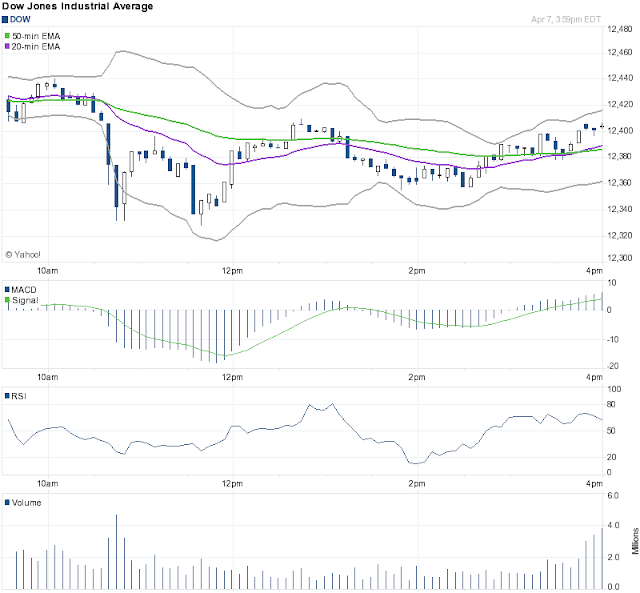 Posted by kailash chaturvedi at 8:01 AM