The world's seventh-largest steelmaker by output reported net profit of Rs 89.83 billion ($2 billion) for the year after taxes, minority interest and share of profit of associates, compared with a consolidated net loss of Rs 20.09 billion a year ago. Net sales for the year were Rs Rs 1.17 trillion, compared with Rs 1.02 trillion in the previous year.
Tata Steel on Wednesday reported a conolidsated net profit for the fiscal year ended March versus a loss in the year ago, helped by stronger volumes at its Indian operations and better prices in Europe.
Tata Steel's European operations account for two-thirds of its global capacity of about 28 million tonnes, while the booming Indian operations contribute a quarter. It also has units in Thailand and Singapore.
http://economictimes.indiatimes.com/news/news-by-company/earnings/earnings-news/tata-steel-fy11-consolidated-net-profit-at-rs-8983-crore/articleshow/8570984.cms
Tata Steel today reported 71.61 per cent jump in consolidated net profit to Rs 4,177.14 crore for the quarter ended March, 2011. 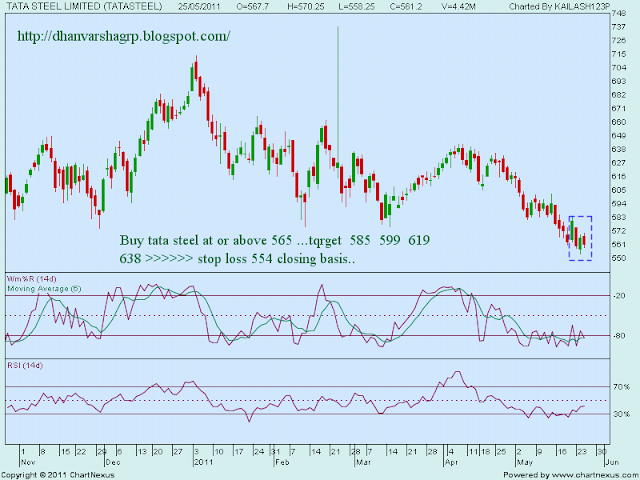 Posted by kailash chaturvedi at 9:16 PM