U.S. stocks closed near session lows Tuesday as the extended standoff in Washington over hiking the debt ceiling went unresolved.
“Profits drive stock prices and profits are phenomenal, but it just seems that the private sector is in its own little oasis now,” Jack Ablin, chief investment officer at Harris Private Bank, said of Wall Street’s focus on what he called Washington‘s “ideological divide.
On Capitol Hill, Republicans and Democrats labored to round up votes for dual debt proposals to avoid a potential default.
“Each day they fail to come to an agreement is bringing in some nervous selling pressure. It’s very distracting for investors who don’t know how to position themselves,” said Marc Pado, U.S. market strategist at Cantor Fitzgerald.
“Earnings and the economy, that’s what I’d rather talk about, but we can’t focus on that with such an overwhelming negative out there,” he added.
For every one stock rising, two fell on the New York Stock Exchange, where 837.2 million shares traded by the closing bell.
More to read ... 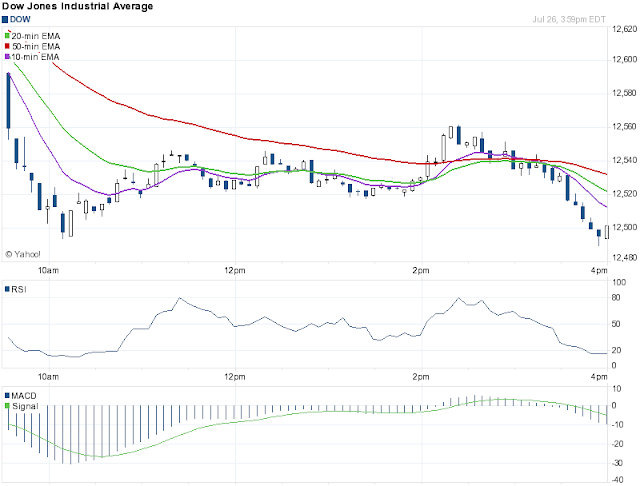