The Dow Jones Industrial Average jumped above the 11,000 level to finish near session highs Monday on news that European leaders are close to finalizing plans for a eurozone rescue 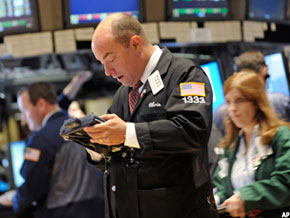 The Dow Jones Industrial Average, which added as many as 286 points during Monday's session, closed near its highest level, up by 272 points, or 2.5%, at 11,044. Both the S&P 500 and the Nasdaqalso ended within reach of their session highs of 1164 and 2519, respectively. The S&P 500 rose by 27 points, or 2.3%, to 1163 and the Nasdaq closed ahead by 34 points, or 1.4%, at 2517.
Stocks accelerated gains on media reports that surfaced in the final hour of trading that European policymakers are in advanced planning stages to use bailout funds to increase the capital levels of eurozone banks.
Earlier, European stocks closed ahead on optimism from meetings held over the weekend. European leaders appeared convinced that swifter action must be taken to stabilize the eurozone. A business confidence survey in Germany that was better than expected also fueled some optimism.
The FTSE in London finished up 0.45% while the DAX in Frankfurt gained 2.76%. Overnight, in Asia, the Hong Kong's Hang Seng dropped 1.48%, and Japan's Nikkei finished down 2.17%
Earlier, Fred Dickson, chief market strategist with D.A. Davidson, said that he wouldn't be surprised by a rally since the news out of Europe wasn't negative and the final week of the quarter there tends come with some portfolio re-balancing that could give some upward momentum.
Read more ... 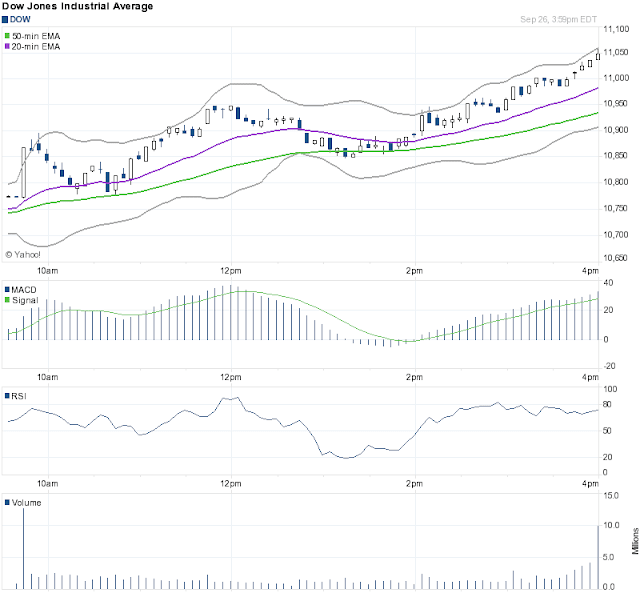