The market will turn around, Barclays’ Knapp says

The market will turn around, said Barry Knapp, head of U.S. equity strategist at Barclays Capital.
It’s a bold call on a day when the Dow Jones Industrial Average INDU is taking a swoon.
But Knapp points out that what’s happening has happened many times: equities have sold off after every major Fed action since early 2010.
“Equity markets focus on the outlook of the Fed,” he said at a press conference Thursday. The dynamic that “the Fed knows something we don’t know” kicks in, worrying investors and traders, he said.
“A week or two down the road, stock focus on the impact on the economy” that the Fed’s action has, which is usually seen as more positive and good for stocks.
And anything the Fed does that pushes down Treasury yields – and this announcement surely has – forces investors into the next most-safe asset class and eventually supports an allocation more towards stocks.
“Equities catch on to this and rally because it’s a loosening of financial channels,” Knapp said.
Among U.S. stock sectors, he prefers consumer discretionary shares, materials and technology companies.
– Deborah Levine
Source... 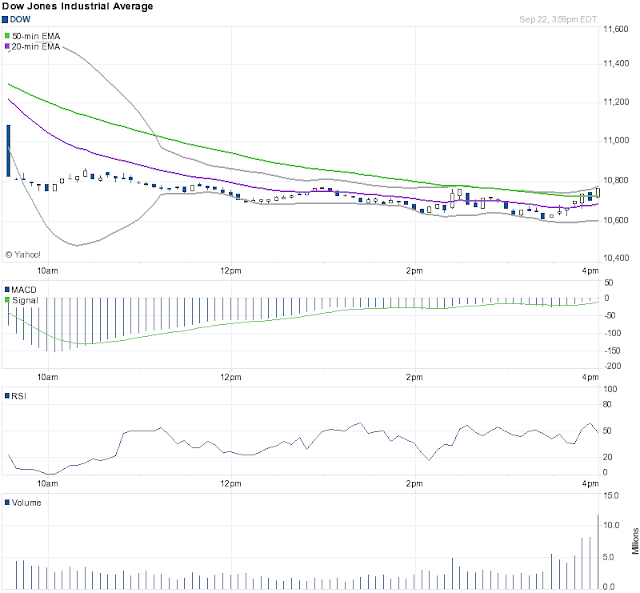