Strength across the transportation and capital goods sectors and signs that European leaders are working to stabilize the Continent's debt crisis helped lift stocks Tuesday.


The Dow Jones Industrial Average gained 45 points, or 0.4%, to close at 11,106. The S&P 500added 11 points, or 0.9%, to finish at 1174, and theNasdaq closed 37 points higher, or 1.5%, at 2532.
The choppy session saw the Dow lose as many as 74 points before surging more than 150 points from its session low.
Gains in European stocks helped lift U.S. markets. After rebounding from earlier losses, the FTSE in London closed up 0.87%, and the DAX in Frankfurt rose 1.8%. Investors appeared to take heart both in optimism from German Chancellor Angela Merkel that Finland's demands for collateral for Greece to get its next tranche of bailout aid will be met and assurances from French banks about their funding, according to aBloomberg report.
"A lack of any negative news out of Europe has the market bouncing a bit better, but the general consensus now is that sooner or later there is going to be some significant problems with the European banks," said RealMoney contributor Rev Shark
"The biggest problem the bulls face is that you have to worry about overnight exposure when there is still so much uncertainty in Europe," he added. "It wouldn't be surprising at all to wake up to a big gap down on some European banking news or a Greek default."
Policymakers have intensified their discussions on the eurozone crisis but have not come to a consensus on how to bring relief to the region. Investors are also awaiting a conference call from President Nicolas Sarkozy and German Chancellor Angela Merkel tomorrow.
Treasury Secretary Timothy Geithner will make an unprecedented trip to attend Friday's meeting between European finance ministers in Poland, underscoring worries that European debt contagion could have a severe impact on the U.S economy.
Source... 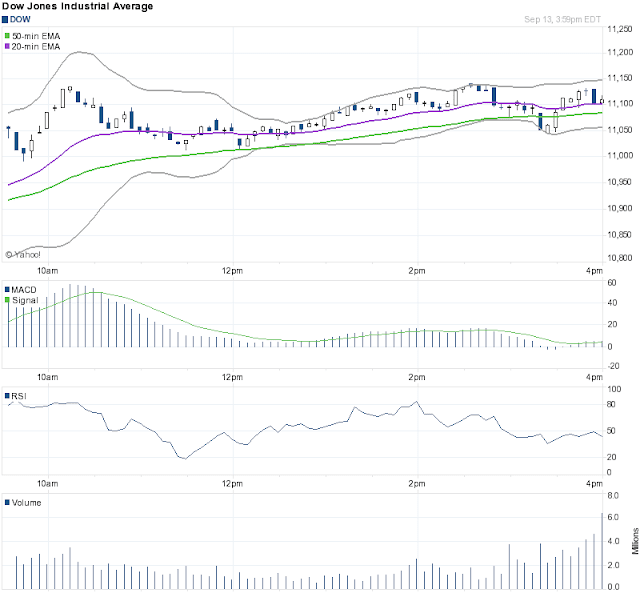