U.S. stocks climbed Thursday for a third day, sending the Dow industrials back above 11,000, as Europe stepped up efforts to bolster its banks and jobless claims rose less than feared, supporting hopes for Friday’s monthly jobs report.
“There’s encouraging talk in Europe about shoring up the banks,” said Jeffrey Kleintop, chief market strategist at LPL Financial. “That’s really the center of the storm in Europe as it relates to the markets, making sure those banks have enough capital to deal with any restructuring or default that may happen in the coming months,” particularly involving Greece.
Also, while Europe is the likely spark for most of Thursday’s rally, investors are “beginning to price in a pleasant surprise on jobs.”
A forecast by some analysts that U.S. nonfarm payrolls rose 54,000 for the month of September “seems now like a low hurdle, given what we’ve seen on jobless claims the last couple of months and what we heard from ADP on Wednesday,” added Kleintop. The payroll processor’s report found private-sector employers added 91,000 jobs last month. Economists polled by MarketWatch expect a 59,000 gain.
Link ... 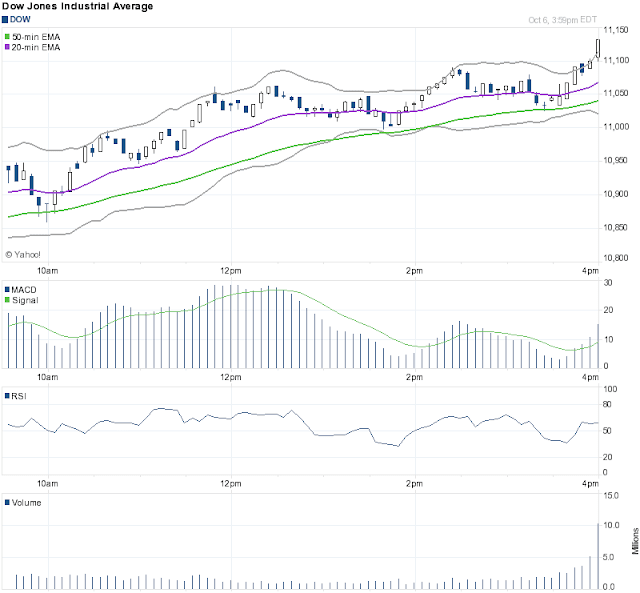