Wall Street fends off bear to end higher for week

After nearly falling into bear-market territory, U.S. stocks on Friday finished the week higher, building gains on encouraging jobs data and hopes that Europe is dealing with its debt crisis.
Wall Street's wild week began with cascading losses that brought stocks to their worst levels in 13 months. After rebounding Tuesday, the S&P 500 rose about 5 percent from its worst levels as short-sellers rushed to cover losses on new optimism about Europe. The benchmark index ended with gains of 2.1 percent for the week.
Downgrades of Spain's and Italy's credit ratings on Friday brought in sellers, causing stocks to close lower and highlighting how markets are pushed and pulled by headlines from Europe.
"The employment data was viewed as being relatively good, but this issue in Europe keeps rearing its head. We just can't seem to escape Europe's debt crisis," said Thomas Villalta, portfolio manager for Jones Villalta Asset Management in Austin, Texas.
Read more ... 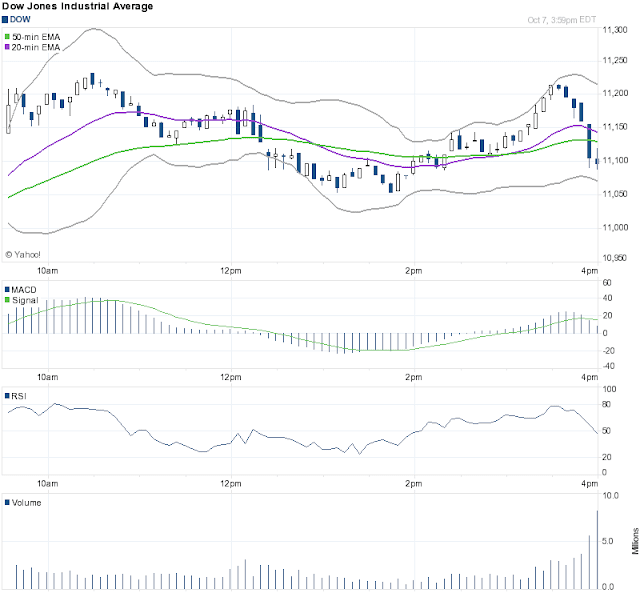