Stocks closed down sharply on Monday as political gridlock on U.S. deficit cuts raised a new set of concerns for Wall Street.


Losses were mitigated late in the session when Sen. Max Baucus (D., Mont.), chairman of the Senate Finance Committee, stoked hopes the congressional super committee would be able to reach a compromise but that possibility proved fleeting as the committee issued a statement after the close claiming an agreement was "not possible."
Skepticism that an agreement would be reached ruled the day, although ongoing European debt contagion fears also added to the market's edginess. The committee's failure now has investors worried about the potential for more damage to the U.S.'s credit rating or the confidence of consumers and businesses being shook at a time when the slow recovery in the U.S. economy remains fragile.
Read more ... 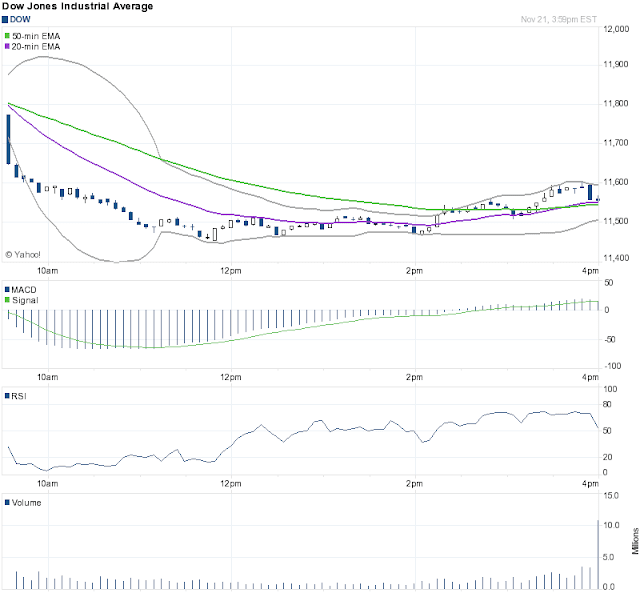 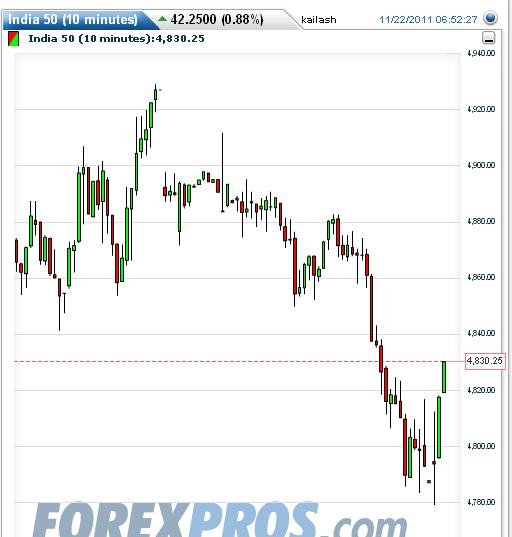 Posted by kailash chaturvedi at 6:48 AM