The major stock averages all closed nearly 2% lower Wednesday on fears that eurozone debt troubles could impact U.S. bank ratings.
"Stocks are selling off suddenly on Fitch saying that U.S. bank ratings are threatened by eurozone contagion," said Marc Pado, U.S. market strategist with Cantor Fitzgerald, shortly before the markets closed. This is "causing this spike lower."
"Just like the movie Groundhog Day, the market is stuck in a repetitive loop," said Lou Brien, a market strategist at DRW Trading. "Volume continues to be very light in the stock market, which remains vulnerable to news out of Europe. As a result, it appears that few traders are willing to commit to a market opinion for very long. As has been the case frequently of late there is a strong correlation between the dollar/euro and the S&P, with the currency moves leading the way and the stocks dutifully following along, on an intra-day basis."
Read more .. 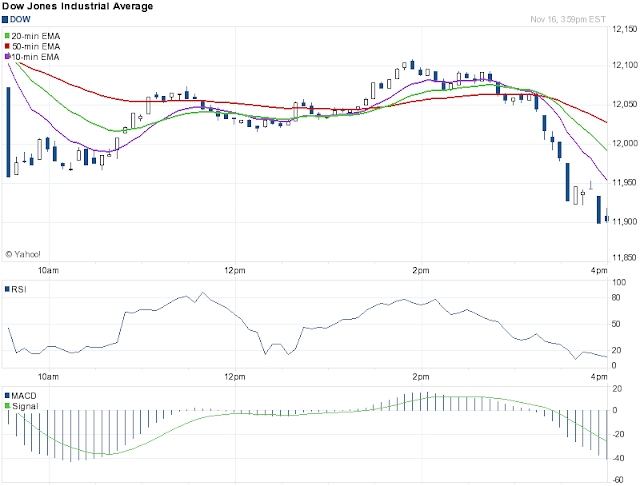