Stocks began November deep in the red Tuesday as Greece's surprise call for a referendum on its eurozone bailout package stoked new fears that the country could sink into default.


The Dow Jones Industrial Average fell 295 points, or 2.5%, to close at 11,660. The S&P 500 lost 35 points, or 2.8%, to finish at 1218, and the Nasdaqtumbled 77 points, or 2.9%, to settle at 2607.
European leaders were scrambling to combat the fresh concerns about the potential for sovereign debt contagion after Greek Prime Minister George Papandreou surprised global markets late Monday with plans for a referendum on the package. A vote against acceptance of the funds -- a very real possibility given the unrest in Greece over austerity measures being sought by the European Union -- could lead to default.
Read more... 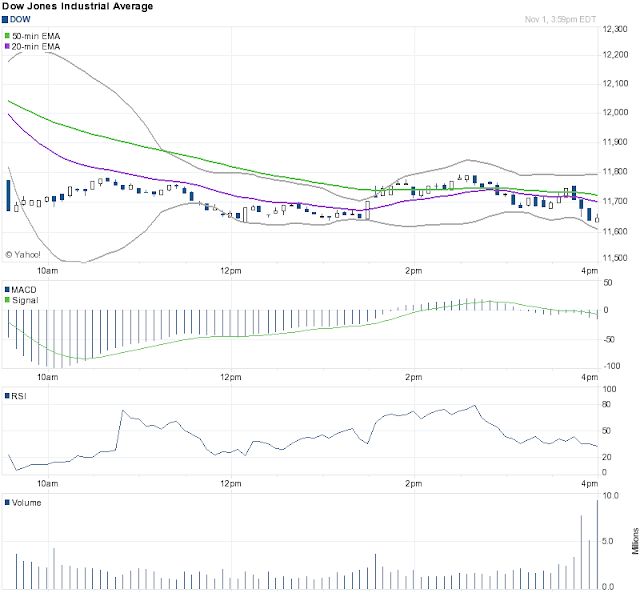