Stocks jumped on Friday, ending higher for the week after the Italian Senate's approval of economic reforms gave investors some relief from worries about the euro zone's debt crisis.
After another week of volatility driven by news on the crisis, the S&P 500 managed to end 0.8 percent higher for the week. However, investors remain skittish and are taking out insurance in the options market against future losses.
Banks were among the leaders on a day when growth-oriented stocks turned in the strongest performance. Sentiment received a big boost from falling Italian bond yields, which earlier this week hit the highest level since the euro was introduced in 1999.
Stock market volatility has been closely tied to European credit markets in recent days.
"I'm both positively surprised and reassured that the European situation is not pushing us into a tailspin the way it could have," said Natalie Trunow, chief investment officer of equities at Calvert Investment Management in Bethesda, Maryland, which manages about $13 billion.
A package of austerity measures demanded by the European Union was passed by the Senate and now goes to Italy's lower house, which is expected to approve it on Saturday.
Passage would trigger the resignation of Prime Minister Silvio Berlusconi. Former European Commissioner Mario Monti is widely expected to take over as head of a broadly based national unity government.
In debt-strapped Greece, the prime minister-designate, Lucas Papademos, a former vice president of the European Central Bank, will name a new crisis cabinet to roll out austerity plans.
Read more ... 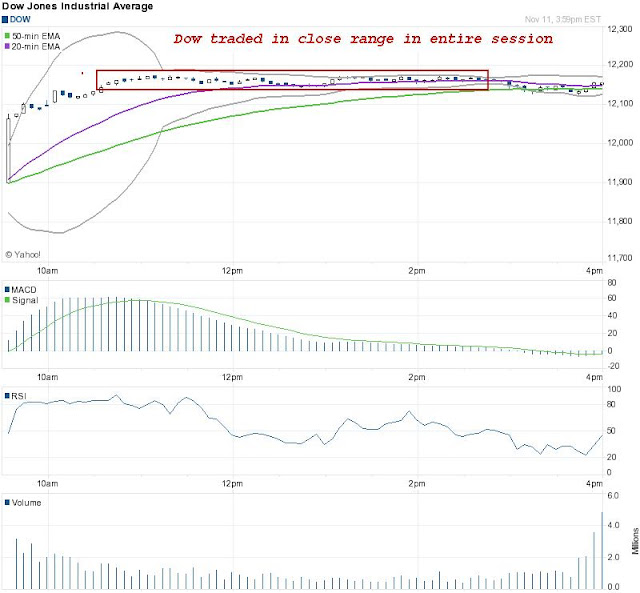