we can expect range trades between 4900 5100 for coming week

The Nifty plummeted 263 points or 5.1 per cent in the previous week. The index is hovering well below its 21- and 50-day moving averages. However, on Friday, it recovered smartly helped by short covering and formed a hammer candlestick pattern.
The index breached its key support at 5,180 and continued its down-move penetrating other supports at 5,062 and 4,983. Nevertheless, it is hovering above a key support band between 4,869 and 4,906 which could provide base in the week ahead.
Upward reversal from the support zone will cause the index to face resistance at the 4,983-5,000-band and thereafter at 5,062. Next significant resistance to watch out for is at 5,180. Supports below 4,800 are pegged at 4,725 and 4,737. 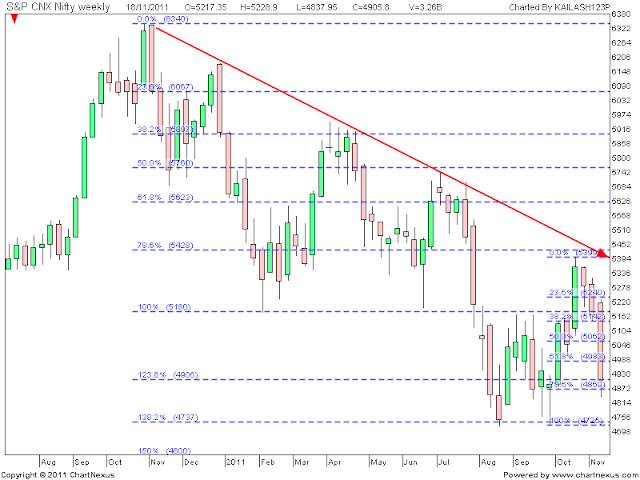 Posted by kailash chaturvedi at 8:06 AM