Wall Street closed mostly higher on Tuesday, while the euro traded flat on hopes European leaders were working on a plan to contain the sovereign debt crisis a day after Standard & Poor's warned 15 euro zone countries of a possible downgrade.
Investors have pinned their hopes on a summit at the end of the week and U.S. stocks briefly picked up steam late in the day after the Financial Times reported that European leaders will discuss boosting the firepower of the euro zone rescue fund.
"People are expecting something big and bold is going to get proposed," said Stephen Massocca, managing director, Wedbush Morgan in San Francisco.
Read more.. 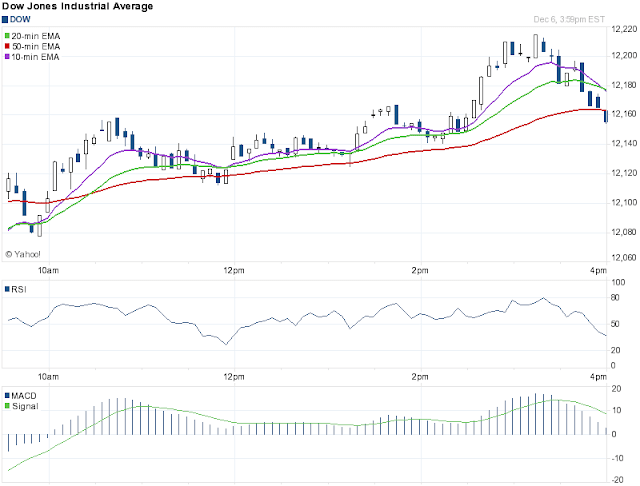