Greek workers had been staging a 24-hour strike to protest the austerity measures,

Federal Reserve Chairman Ben Bernanke said during a testimony before the Senate Budget Committee that the possibility of a sudden fiscal crisis has increased. He warned that interest rates can soar quickly if investors lose confidence in the ability of the government to manage its fiscal policy. Making no mention of last week's strong jobs report, Bernanke instead said that the labor market has a long way to go before it will return to normal. Bernanke essentially reiterated the thoughts on fiscal policy that he had presented to lawmakers the previous week.
"The market is just chopping around, directionless and currently without catalyst, either bullish or bearish," said Lou Brien, economic strategist at DRW Trading.
Read more ..
Greek workers had been staging a 24-hour strike to protest the austerity measures, which could result in the loss of jobs for roughly 15,000 civil service employees. The party leaders backing the country's coalition government, who need to agree on the measures, remained in a bind ahead of the expected upcoming general elections.
"Unfortunately the negotiations are so tough that as soon as one chapter closes another opens," Greek Finance Minister Evangelos Venizelos had told Reuters the previous day after a meeting with the troika. A messy Greek default would seriously impact both banks across Europe and private creditors holding Greek debt. 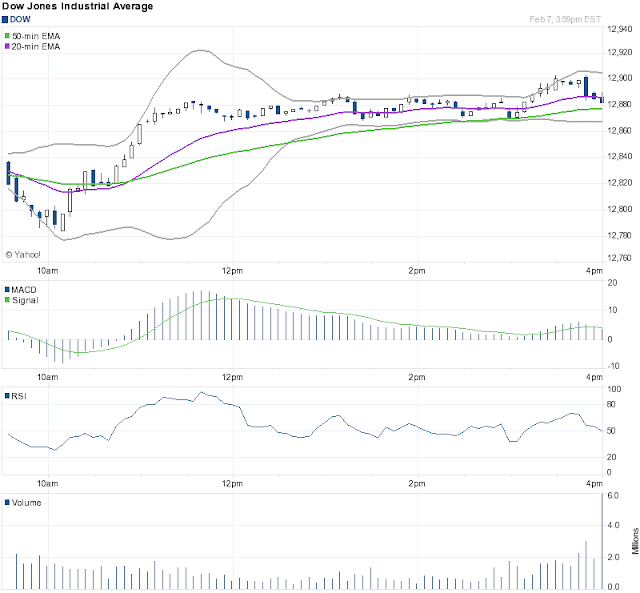 Posted by kailash chaturvedi at 6:16 AM