The S&P 500 posted its biggest daily percentage decline thus far in 2012 on Friday after an about-face on Greece's long-awaited debt deal ended a five-week streak of gains for equities.
All but one of the 30 Dow components ended lower while all 10 S&P sectors fell, with cyclical sectors such as energy, financials and materials the biggest losers.
The CBOE Volatility index (:.VIX), often referred to as Wall Street's "fear index," jumped 11.6 percent, its biggest percentage rise in three months.
Investors have anxiously awaited a bailout package for Greece so the country might avoid a messy default.
An agreement finally came this week but almost immediately ran into problems when European leaders called for additional austerity measures and some Greek lawmakers said they would not support the deal.
Greek Finance Minister Evangelos Venizelos said the nation needs to reach a decision within days on accepting the terms of a bailout. 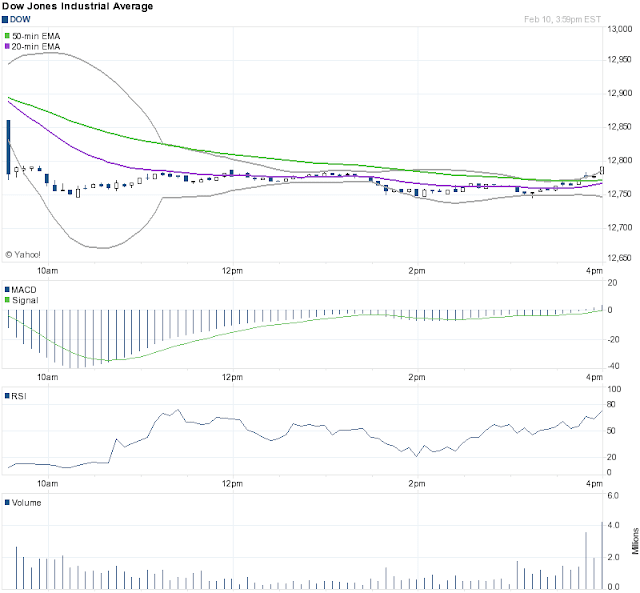 Posted by kailash chaturvedi at 7:05 AM