Wall Street stocks rose on Thursday after data showed the U.S. labor market remained on the mend, but the market stalled as it approached highs not seen since before the 2008 collapse of Lehman Brothers.
In an upbeat note for the economy, new U.S. claims for unemployment benefits held steady last week and were at the lowest since the early days of the 2007-2009 recession.
Thursday's gains brought the benchmark S&P 500 index near 1,370, considered the upper end of a technical barrier. The broad index has surged 8.4 percent this year and more than 20 percent from October lows, but many worry the market will soon run out of steam. 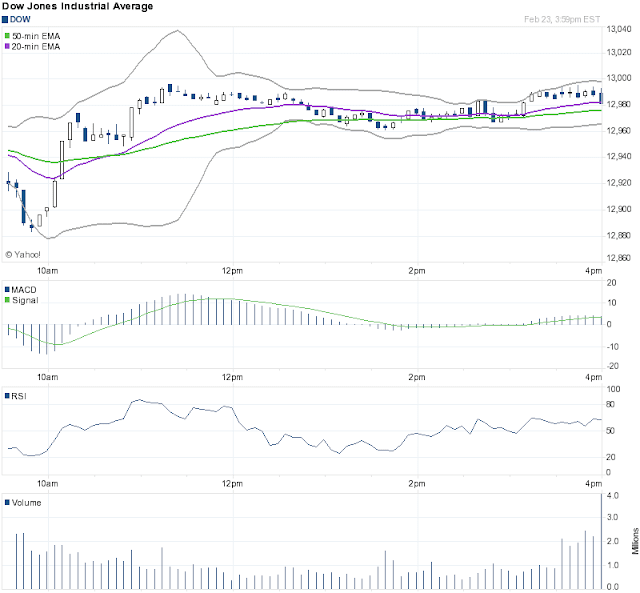 -DJI
Posted by kailash chaturvedi at 7:21 AM