try to locate at nifty weekly chart - The Shooting Star is a bearish reversal pattern that forms after an advance and in the star position, hence its name. A Shooting Star can mark a potential trend reversal or resistance level. The candlestick forms when prices gap higher on the open, advance during the session and close well off their highs. The resulting candlestick has a long upper shadow and small black or white body. After a large advance (the upper shadow), the ability of the bears to force prices down raises the yellow flag. To indicate a substantial reversal, the upper shadow should relatively long and at least 2 times the length of the body. Bearish confirmation is required after the Shooting Star and can take the form of a gap down or long black candlestick on heavy volume. 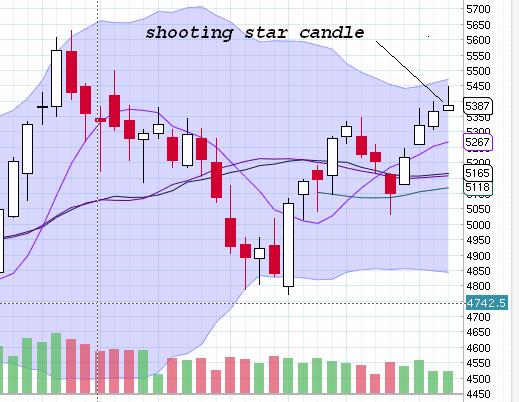 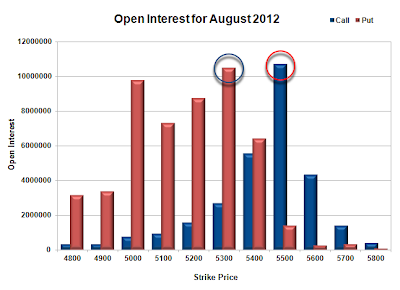 5300 is looking strong support and 5500 as resistance...
seeing all this we can expect nifty range for next week 5270- 5520.
technically bearish at eod chart ....closed below up trending line 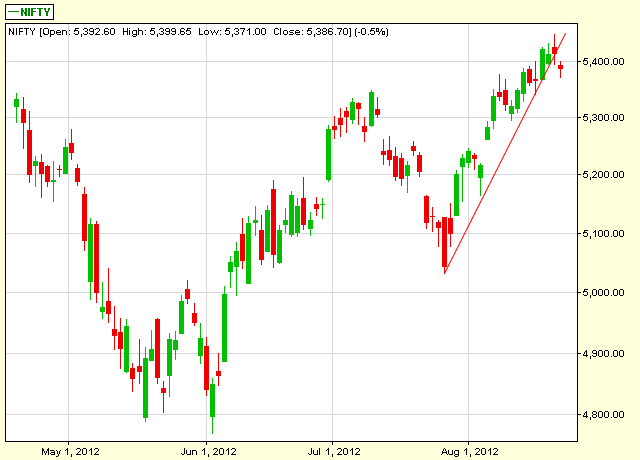 Posted by kailash chaturvedi at 8:48 PM