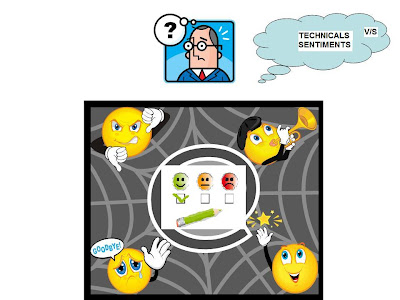 Although, key benchmark indices regained positive zone in early afternoon trade, but again capitulated to selling pressure by the end of the trade. At the close, Sensex and Nifty, ended in red, but held above psychological 19,700 and 5850 levels respectively.

In the highly volatile session of trade, bulls took control in absence of fresh buying activity after the sharp rally in frontline stocks. The sentiments took a hit after Prime Minister's Economic Advisory Council (PMEAC) sharply trimmed India's GDP growth forecast to 5.3% for the year ending 31 March 2014 (FY 2014) from earlier estimate of 6.4% and said that the current stance of monetary policy has to continue until stability in the rupee is achieved. Also, the Prime Minister's economic panel suggested it would be a challenge for the government to meet its fiscal deficit target of 4.8% of GDP in the current year.

Indian equity benchmarks snapped the extremely volatile day of trade on an absolute flat note on Friday as investors remained on sidelines ahead of WPI data slated to be released on September 16.

Global cues too remained sluggish as European markets traded in the red in early deals, as market participants remained caution ahead of a crucial US Federal Reserve meeting, where the central bank could announce a reduction in its $85bn a month asset-buying stimulus. Moreover, most of the Asian equity indices ended in the red.

Back home, in a big political move, Bharatiya Janata Party on Friday confirmed that Narendra Modi would be the BJP’s prime ministerial candidate. BJP president Rajnath Singh informed Shiv Sena chief Uddhav Thackeray of party's decision to nominate Modi as its PM candidate. Back on street, sentiments got some support after shares of most of the sugar companies edged higher in trades in an otherwise choppy market after the food minister K V Thomas asked sugar mills to focus on exports. Food Minister said, sugar mills should focus on exports to clear payment of dues to cane farmers as the country's output of the sweetener is likely to exceed domestic demand for the fourth consecutive marketing year. Additionally, shares of India’s aviation companies viz, Spicejet and Jet Air India edged higher on the back of air fare hikes. SpiceJet pioneered the hike in fares this season and was followed by other entities, listed as well as non-listed, in the range of 25-30%. 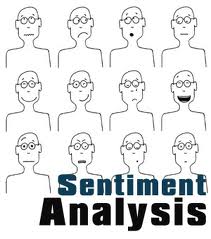 After supporting sentiments from global markets as well supporting domestic data from IIP which was above expectations and in positive territory has made the markets rally and improved the investor sentiments.

Lot of events lined up for next week with the data on advance tax paid by Indian corporates in the second quarter will be out on, 15 September 2013.

Other key data will be wholesale price index (WPI) for August 2013, the outcome of Federal Reserve's policy meeting and the outcome of Reserve Bank of India's mid-quarter review of monetary policy 2013-14 will dictate trend on the bourses.

Investors across the globe are eyeing the next policy meeting of the Federal Open Market Committee (FOMC) scheduled next week, considered by many to provide an indication on the timing and size of the Fed's cutbacks in its bond-purchase program.

The FOMC holds a two-day policy meeting on Tuesday 17 September and Wednesday 18 September 2013 to decide on interest rates in the United States.

On domestic front the Reserve Bank of India will release a Mid-Quarter Review of Monetary Policy 2013-14 on Friday, 20 September 2013. This will be followed by Governor Dr. Raghuram Rajan addressing the media in the afternoon on that day which will be keenly watched by the street.

Meanwhile, in a move to increase the overseas investment into the country, the Securities and Exchange Board of India (SEBI) has relaxed registration and disclosure norms for low-risk foreign investors. The market regulator SEBI also exempted the low-risk overseas entities from tedious paper work, which entail submission of various documents and disclosures to get registered and operate in Indian markets.

SEBI also classified eligible foreign investors under three broad segments as per their risk profile to make portfolio investments in the country. As per the SEBI new norms, investment by foreign investors into government and other sovereign securities will be considered in the lowest-risk - Category I. Well-regulated entities like investment trusts, mutual funds, insurers, banks, university funds and pension funds have been put in the medium-risk - Category II, while corporate bodies, individuals and family offices have been classified in the high-risk - Category III.